How to Live Your Best Work Life, According to Mindy Kaling

Actress, writer, producer and entrepreneur Mindy Kaling – famous for her appearances in titles like The Office, The Mindy Project and, soon, Late Night – sat down with LinkedIn Head of Global Diversity Rosanna Durruthy Saturday in The LinkedIn Studio at South by Southwest in Austin.

The fireside chat was signature Mindy, full of self-depreciating humor and hilarious observations (on Austin – “I was expecting to see Wes Anderson eating tacos on a skateboard”). But, among the laughs and the applause, she shared three pieces of enduring career advice that can apply to any professional.

To start the fireside chat, Mindy was asked what her guilty pleasure was. Her answer was illuminating.

“There’s a quote from Quentin Tarantino I always remember,” she said. “It went something like, 'There aren’t guilty pleasures, just pleasures.' I’ve always believed that.”

She added that people think rom coms, which she loves, are somehow guilty pleasures. Her point – why? There should be no shame there. If you love rom coms, you love them, and there’s nothing wrong with that.

That answer sums up how Mindy became Mindy. Her comedy is usually a manifestation of what many of us think, but don’t have the courage to say aloud. She continues to unabashedly make the types of sitcoms and rom coms she loved growing up, ignoring this idea from holier-than-thou critics that somehow they are a lesser art form than, say, The English Patient.

Here’s the bigger point – many of us try to hide what makes us unique, as we are scared of how others react. Mindy owns who she is – and has built a transcendent career because of it. 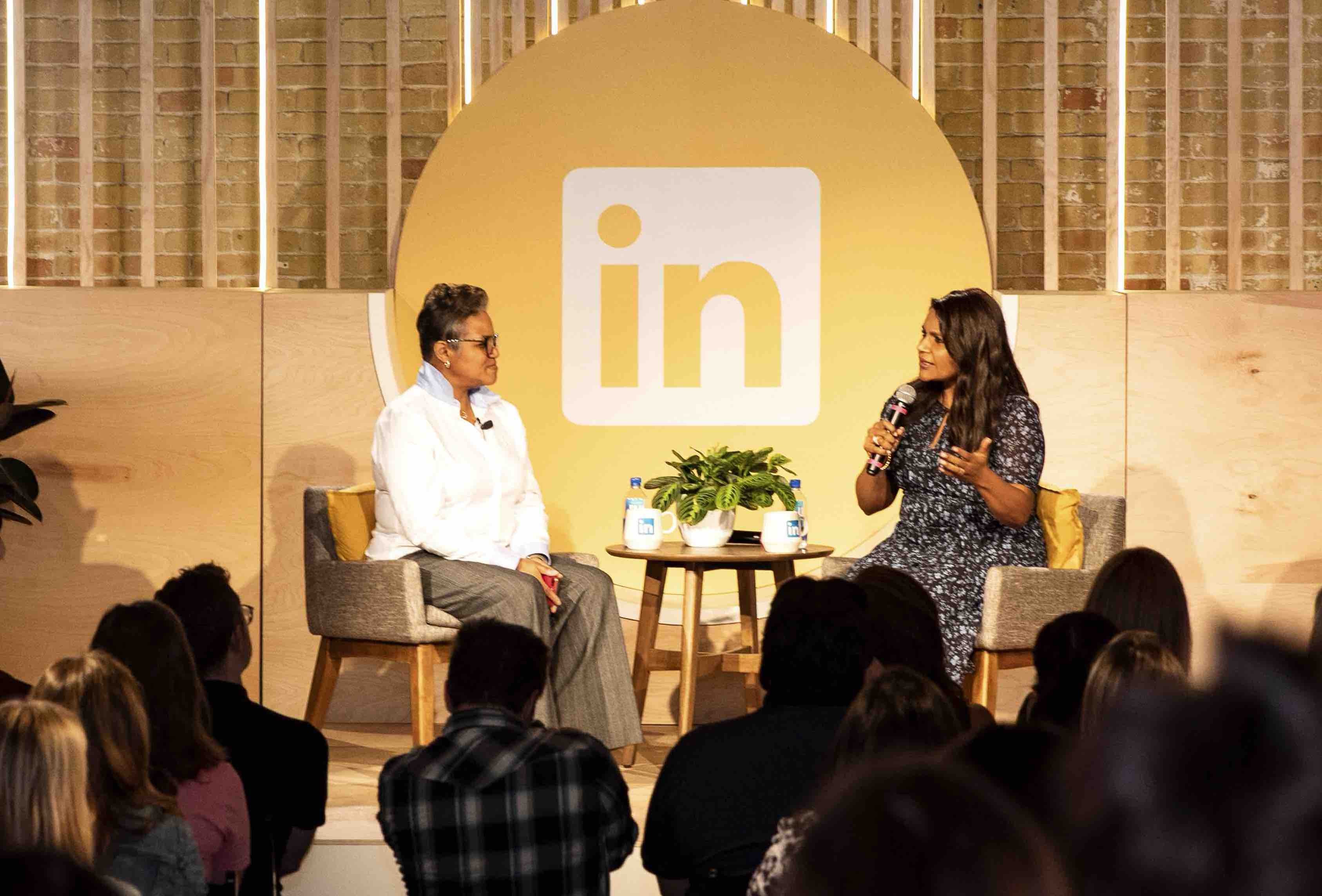 2. Our actions matter more than we think they matter.

During the chat, Mindy talked about a transformation she went through when her power began to grow in Hollywood.

Despite her success, she was still approaching things the way she did before. Do her work, go home. Yet now people were now asking her for time or advice, although at first – in a moment of quintessential Mindy authenticity – her internal reaction would often be, “I don’t have time for that.”

She quickly realized she would never have had the opportunities she had if others hadn’t spent time and took chances on her. She gave the example of Greg Daniels, the man behind The Office, who gave her an opportunity as the only female and the only Indian writer for the show.

So, she changed. In her talk, it was clear she was fully aware of the power her actions can have and the impact they can make on others.

“My maturity came when I realized it’s also part of the job,” Mindy said. “When I realized that was part of my job as much as show up, do hair and makeup and act, that made it a lot easier for me.”

Continuing the point, she said the favorite compliment she gets is when a woman of color pursues a career in entertainment, because she saw Mindy do it. And she knows when she creates her own movies and shows, she has a responsibility to give people an opportunity who otherwise wouldn’t.

“I’m a leader now,” Mindy said. “I need to use that to create opportunities to hire people who otherwise wouldn’t get a chance.”

There was one theme Mindy kept coming to, throughout the session – the importance of focus. And how it's only getting more difficult, as her fame increases and more asks come down the pipe.

“But now, I’m rich,” she said, which was greeted with raucous laughter from the crowd.

Although it was funny, it wasn’t a joke. All of us, as we grow in our careers, have the opportunities to do more things. And generally we have more power to do different things, even with the confines of our position.

The key is focusing our energy on what matters most. For Mindy, it's writing. And the more she can focus on that, the more power her voice will hold, and the more opportunity she’ll be able to give.

There are likely thousands of things you could be doing. Ask yourself – what’s really going to move the needle?

LinkedIn Learning has 13,000+ online courses covering virtually every professional skill. Some of our most popular ones are: