For decades, the notion of design thinking has governed the way the design world tackles creative problems.

But here, designer, entrepreneur, and innovator William Lidwellreveals the flaws in design thinking—particularly as it applies to the “debacle” of the US military’s F-35 Joint Strike Fighter.

Author of the best-selling guide “Universal Principles of Design” and of the new lynda.com series of the same name, Lidwell is a frequent design and consumer experience consultant with Harrah’s, IKEA, Merrill Lynch, and Procter & Gamble. He says it’s not design thinking but design wisdom we ought to be aiming for.

By three methods we may learn wisdom:

First, by reflection, which is noblest;

Second, by imitation, which is easiest;

and third by experience, which is the bitterest.

In 1972, a psychologist and designer by the name of Bryan Lawson conducted a series of experiments comparing the problem-solving methods of architects and scientists. He found that scientists tended to be problem-focused in their approach, spending the bulk of their time analyzing a problem before implementing a solution, whereas architects tended to be solution-focused, spending the bulk of their time prototyping and iterating solutions.

Lawson was among the first to observe that for problems that are unstructured, loosely defined, time-limited, and for which a satisfactory versus optimal solution will suffice, solution-focused approaches produce better results than problem-focused approaches. This observation is the foundation for what is now popularly known as design thinking.

Design thinking has come a long way since these early experiments. It’s now taught in most design schools, serves as the core service offering for a number of prominent consultancies, and has even gained wide acceptance outside the field of design—to such a degree, in fact, that it risks becoming the next “cure for whatever ails you” business fad.

If I have one criticism of the movement in its modern form, it would be that it focuses a lot on design doing, but precious little on actualdesign thinking. It’s all tactics, and no strategy.

Empathy is great. Problem definition is essential. Ideation is powerful. Prototyping and testing are critical. But nowhere in this popular design-thinking framework are people engaged to think strategically about “big D” design heuristics, laws, principles, and processes. There is no place for design wisdom. This is cause for concern, because failures of design wisdom tend to be the costliest.

Let’s consider one such failure: The F-35 Joint Strike Fighter.

The big idea behind the F-35 program is replacing a bunch of different specialized aircraft with a single multi-role combat aircraft—one Swiss-Army-Knife aircraft to rule them all, so to speak—which would theoretically result in significant cost savings and efficiencies in training, maintenance, interchangeable components, life cycle, etc.

So how has the F-35 fared? The original estimated cost for an F-35 in 2001 was about $70 million per plane. Today, one F-35C, the Navy version, costs $337 million. And the costs are rising. The plane is riddled with bugs, performance problems, and human-factors problems. One critic summarized the situation like this: “The F-35 can’t turn, can’t climb, can’t run.” It is by any objective measure a failed design.

The question is this: With the surplus of world-class design, engineering, and leadership talent involved in the F-35 program,how did this happen?

The legendary management theorist Russell Ackoff once wrote, “It is better to do the right thing wrong than the wrong thing right” (a nice bit of design wisdom!).

The F-35 debacle is a perfect example of what Ackoff was talking about—of doing the wrong thing right. Why is it the wrong thing? The F-35 was doomed from the start because the requirements on which it is based violate a basic, universal principle of design: flexibility tradeoffs.

For the same reason the tools in a Swiss Army Knife can never perform as well or be as usable as their stand-alone equivalents, the F-35 will never be able to perform as well or be as easy to fly as more specialized aircraft. No matter how talented and hardworking the teams involved, and no matter how flawless their execution, doing the wrong thing means inevitable failure. 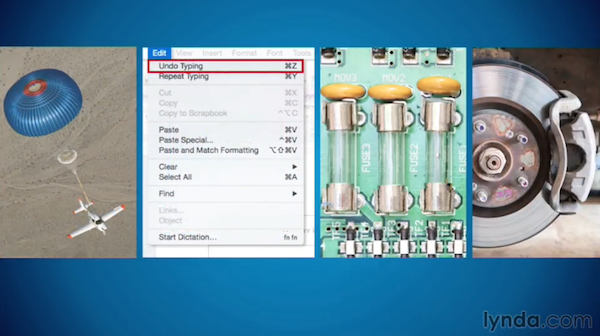 The F-35 is just one example we discuss in the new Universal Principles of Design weekly series on lynda.com. We also show how

We explore the principles behind these kinds of real-world case studies to develop your design wisdom—first, by reflection; second, by selective imitation; and third, through the less-bitter experience of others.

Watch the first episode in the Universal Principles of Design series now.