Why It's Really Good to Be a Data Scientist Right Now

Just three years ago, there was a surplus of data scientists in the United States.

Today, that isn’t the case. The August LinkedIn Workforce Report reports that most US cities share one trait: they have a shortage of data scientists, with America short 151,171 people with data science skills overall.

The need is particularly acute in New York City (short 34,032 people with data science skills), San Francisco (31,798 people) and Los Angeles (12,251 people). But even smaller cities like Austin and Nashville have a shortage of data scientists today.

The intensification of local shortages for data science skills, July 2015 to July 2018* 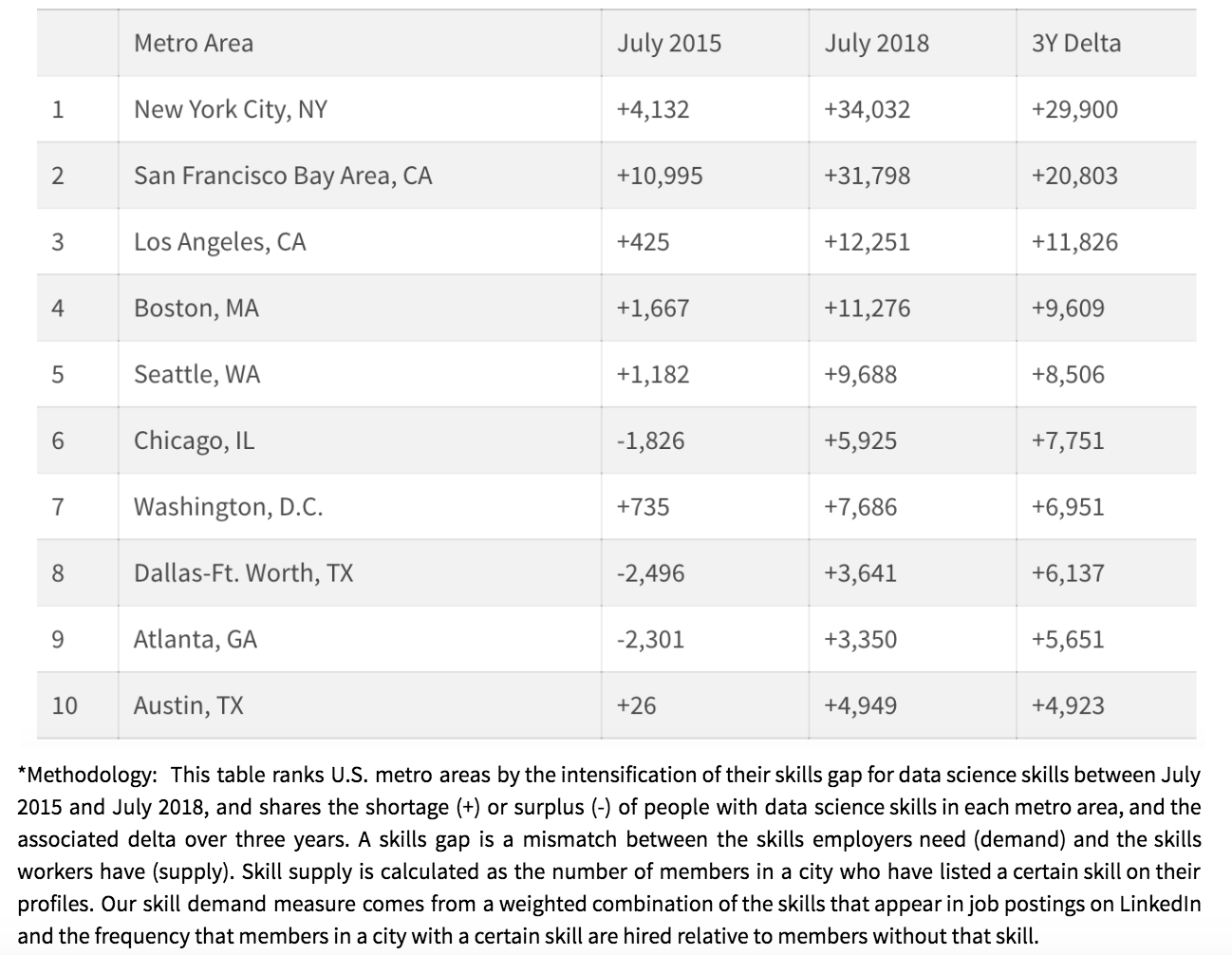 Why Such Demand for Data Scientists: The Job is Expanding Beyond Finance and Tech

Before, data science jobs were mostly constrained to the tech and finance sectors. Now, virtually every industry, from retail to manufacturing, is collecting data on their customers.

That’s causing a surge of demand for data scientists who can best interpret all that data. And yet, since its a relatively new job, few professionals possess that skillset.

Hence, most American cities, instead of just finance-and-tech-heavy ones like San Francisco and New York, are short data scientists.

The deficit is driving up salaries as well. Today, data scientists earn an average of $107,000 a year, according to LinkedIn salary data.

There are a few American cities with a surplus of people with data science skills, like Milwaukee, Minneapolis and Cincinnati. But those surpluses are small and narrowing rapidly.

The bottom line – if you are in America and want a highly in-demand skill that pays well, your best bet is learning data science. Almost regardless of where you live.

Interested in data science? There’s no better place to start than the Learning Path on LinkedIn Learning, Become a Data Scientist.

Looking for something more specific? Check out all of LinkedIn Learning’s data science courses here.